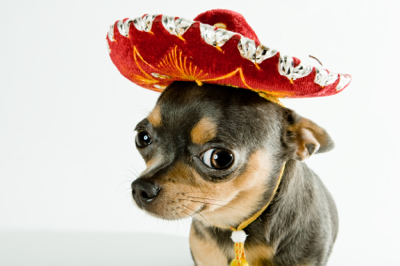 Taking up over 12% of the country’s land area, Chihuahua is Mexico’s largest state where you’ll encounter beautiful landscapes consisting of rolling desert hills, mountains, rivers, and some of the biggest canyons in North America. Las Barrancas del Cobre or “Copper Canyon” being the largest and most magnificent.

Unfortunately I didn’t have time to visit the striking natural locations like Copper Canyon during my 4 day visit to Chihuahua last week but I did have the opportunity to travel throughout most of the state in a pickup truck taking in the stunning scenery and getting to know this alluring northern Mexican state.

I am a huge advocate for traveling to Mexico and the majority of the country can be a beautiful, fun, and safe experience for any traveler. However, there are certain regions of Mexico that have become dangerous over the last few years and some areas of Chihuahua definitely harbor a strong criminal element.

I promised my wife that I wouldn’t go into everything that I witnessed during my trip but I will comment on the most shocking display of violence that I encountered.

On the third day of my trip, we came across a kidnapping gone bad leaving 4 dead on the streets of Cuauhtémoc. We arrived about 15 minutes after the killings took place and at first what looked like a standard car accident, turned out to be a pickup truck blown to hell with bullet holes and two dead bodies laying out the side. Click here to see a photo.

Even though I was aware of the crime in places like Chihuahua, I was still pretty shocked to see something of this magnitude occur in broad daylight on a busy industrial part of town. The next day I bought a newspaper and discovered that the bloody scene was the aftermath of an attempt to kidnap the son of a local wealthy business man. The father and his three armed body guards were shot and killed as they try to defend the son against the abduction.

The criminals were able to grab the 24 year old son only to eventually release him 2 kilometers down the road. I’m sure they realized they had killed the man who would be putting up the ransom money and there was no point following through with the crime.

This incident, along with some other unsettling occurrences during my trip, has brought me to the conclusion that Chihuahua City and some of the surrounding areas, especially Ciudad Juarez, can be dangerous areas to visit and may not be suitable for the leisurely traveler. Chihuahua is a beautiful state and there are lot of great things to see but if you plan on visiting in the near future, be careful, travel with someone familiar with the area, do not travel at night, and make sure you know what areas to stay away from.

You may not know it, but Chihuahua contains a huge population of Mennonites. Apparently most of the families have been in Mexico since the 1920’s whom migrated from Canada, some parts of the U.S. and Germany. Mennonites are scattered all across Chihuahua but the better part of them, around 50,000, live in Cuauhtémoc. 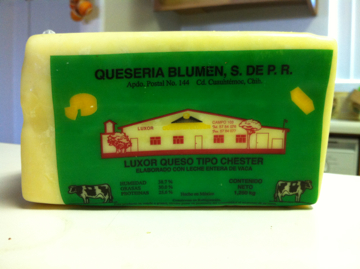 Most of them are caucasion and they speak german amongst themselves. Technically they are Mexican citizens and they do speak spanish, with an accent, but defenitly have preserved their own heritage and culture and keep to themselves.

Most Mennonite colonies are focused around agriculture because they are hard workers and love farming corn, cotton, wheat and they produce a really good and savory cheese known as Queso Menonita.

Queso Menonita is well known across northern Mexico and is used on just about anything but tastes really good when prepared with quesadillas, queso fundido, refried beans, and not a bad choice for some nachos either. I brought back with me a few kilos and the family and I have been enjoying this salty mexican cheese daily.

This site uses Akismet to reduce spam. Learn how your comment data is processed.

My personal blog for posting content that I OWN and not some social media company.